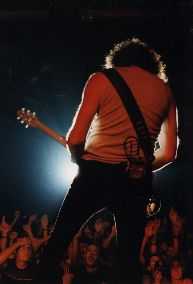 Here you´ll find all solo-concerts Brian ever played, plus some interesting guest appearances.
You can also find here some very good reports and photos by fans.
Enjoy!


The line-up of the Brian May band:


Do you want to review any concerts, or have any good photos? Please get in touch with me and I will add your review and/or your photos here!