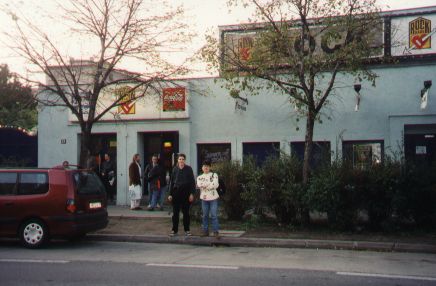 left: the ticket/ right: the venue

Fumihiro and me arrived at the "Rockhaus" in Vienna,  at about 4:30pm.
I was told that at this concert there wouldn´t be a small 2nd stage, because the venue was too tiny, and that additional stage wasn´t set up at the souncheck...but Brian refused to play without this 2nd stage, and so the crew had to work to set it up until the admission in a very short time. I was told that he would have even cancelled the show, if the missing stage wouldn´t have been set up. The problem was, that the front-stage didn´t even appear in the contract, so 1000 tickets could be sold for this concert, but after the front-stage had been set up there was only room for about 700-800 people, so everything was really crammed. It was totally sold out!
Brian was very unsatisfied because of the conditions of the concert. The stage was too small, they couldn´t use the full equipment they need for a proper show, most of all the "light-star" was missing on stage, because there wasn´t enough space..
Luckily we could wait again in a little hall. Admission was at 7:15pm and everyone was rushing downstairs and hey, I made it again to the front-row.....and this stage was so tiny and small! Really unbelievable. The smallest stage I have ever seen, not much bigger than a stage in a pub, and because of that some elements of the show couldn´t be used (the curtain with the tree just as improvisation at the beginning of the show, and there was not the big light crown).
This time I was so unbelievably close to the stage, even closer than usual. The background-singers were just 1 meter (about 1 yard) away, Eric maybe just 3 metres (4 yards), and Brian yes....if I wanted I could have touched him most of the time during the show (many other fans did that indeed), but I found that not  fair, because he had to concentrate on the show.
Brian had still some problems with his voice and because of that he had consulted a throat specialist in Vienna, recommended from a doctor in Munich, which he had visited shortly before.
It was, after Hamburg, the best audience so far in my opinion and after the fans shouted for "39", Brian said, "We won´t do that, but we could." The fans cheered frantically, and Brian looked at the rest of the band and said with a smile, "See, what a great band this is? They say "Fuck you, Brian, but we don´t want to play that."
Then the band played "'39" (Intro) and "Let your heart rule your head", and again both songs were not on the set-list! Therefore he skipped "On my way up", which was on the setlist instead. 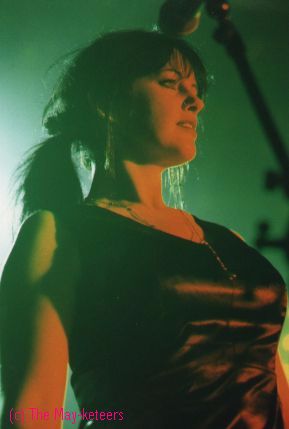 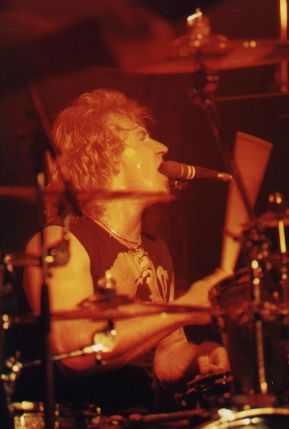 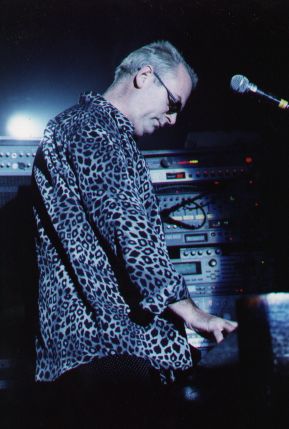 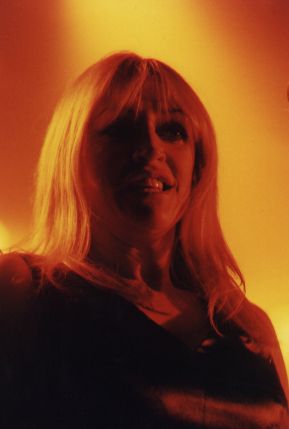 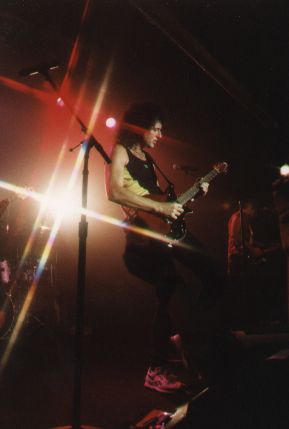 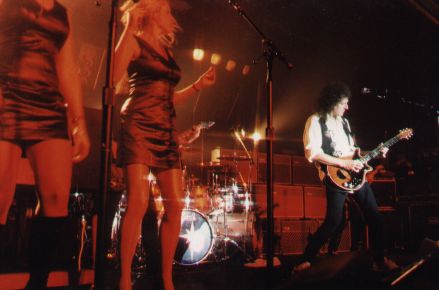 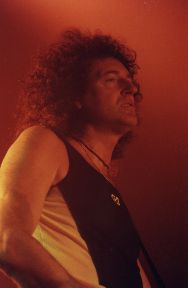 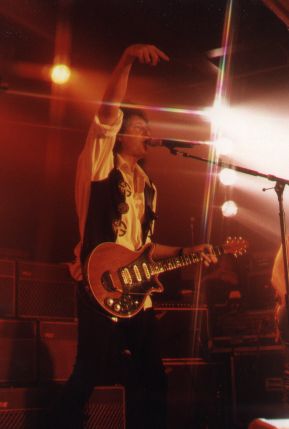 Brian played "Brighton Rock" nearly the whole time some inches away from me, right in my eyes, which was a magnificent moment for me! He recognized me again during "Another world", greeted me and shook my hand - the same friendly way as before. Jamie and Neil also smiled at me during the show.
One interesting thing: Eric played "Resurrection" just in black underpants, and I´m sure the rest of the audience couldn´t see it, but as I had a very good spot it was funny to watch him!
Brian really found a great drummer for this tour, different to Cozy, but nevertheless great.
Brian´s comment about Eric to a journalist: "He was sent from heaven on a cloud. I couldn´t have found a better one, even if I would have continued searching for years."
Unfortunately Brian didn´t play "No-One But You" and "Slow down", but nevertheless the atmosphere was brilliant at the end.
Oh, and yes, I finally got my drumstick!!! After the last encore, I asked for it and Eric was so nice to give it to me, right in my hand.

After the show we waited at the Stage Door, and we saw the DoRo´s leaving.
The show was planned to be filmed, but because the venue was too small they changed their idea of filming the show in Vienna.
Anita Dobson also went to see the show.
After a while Brian and the band came out, at about 0:30am, and gave autographs. I said "Great show, Brian", which he answered with a "Thanks". Then he looked up, recognized me and said with a grin "Oooh, it´s you again. Get out of here." That´s why I also had to smile. 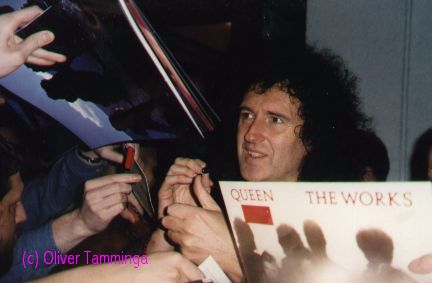 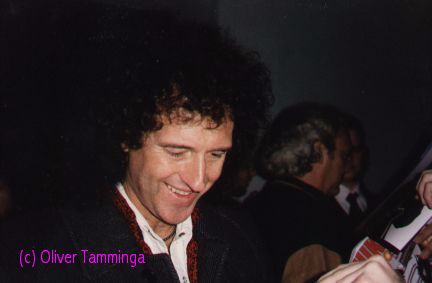 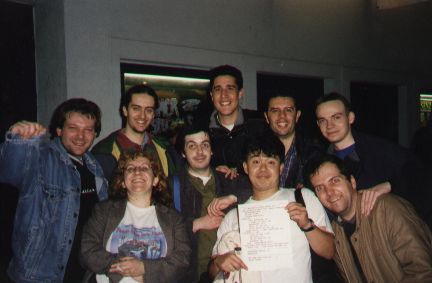 left and middle: the band giving autographs after the gig/  right: some of us after the show

After the show  Emilio, Davide, Livia, Fumihiro and me went into the bar of the venue and had some drinks....and while we were drinking, my favourite album "Innuendo" was played.
We went to bed finally at about 2:30am.


read chapter 9 (Budapest) or go back to the concertography page