Pete Cornish works and has worked with some of the biggest names in music.
Designing and constructing sound systems and creating some of the most recognisable sounds in music history.
Originally working for the Ministry of Aviation, making and testing military equipment, he went on to become Service Manager at Sound City which brought him into the music business.
He eventually became self employed and began to make a range of products from effects and power supplies to complete stage rig systems.

Pete Cornish became involved with Brian May and Queen in 1972.
Brian was experiencing some feedback problems during a visit to a radio station. Pete found that the Treble Booster was the cause of the problem being influenced by the radio station mast. Brians Treble Booster was a home made version of his original Rangemaster Treble Booster that had been lost by a roadie at a gig.
Pete designed and built a completely new circuit, which eliminated the radio interference problems, enhanced the tonal quality and reduced the noise level.
Brian used the new Treble Booster for the remainder of his career with Queen.
Brians original pedalboard consisted of two foot pedals, which controlled his Echoplex delay boxes, a Foxx phaser pedal and a Treble Booster. The Foxx phaser pedal and the original Pete Cornish Treble Booster can be seen in the picture below: 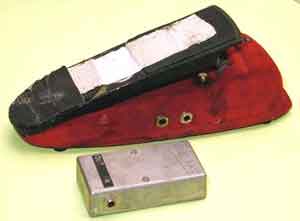 Pete made Brian a double Treble Booster box with bypass switching which can be seen in the picture below: 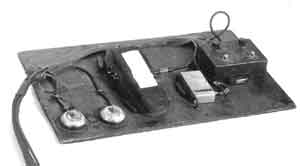 Brian began to use other effects over the years including an Eventide Harmoniser. The unit was not connected to the guitar effects or the amplifiers. This was part of the PA system. The pedal to the right of the board, in the picture below, controlled the effects of the Eventide Harmoniser: 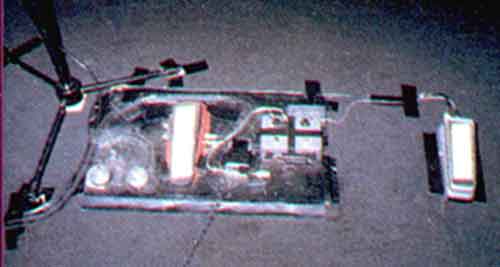 This picture appears courtesy of Mr. Kikukawa of Japan


Brian later introduced the Roland/Boss CE-1 Chorus Ensemble pedal. The CE-1 Chorus was later dismantled, modified and incorporated into a larger and more complex pedal board.

As Queen moved on to bigger things, so did their stage show. Brian needed a more up to date system that would withstand the rigours of life on the road.
In June 1982, Pete designed a pedal board and routing system that Brian could take anywhere in the world.
A custom line driver was made to send the guitar signal, without any losses, along a 100ft custom-built guitar lead.
The pedal board consisted of an input isolator, permanent Treble Booster and a switchable 2nd Treble Booster. The second Treble Booster was added for extra drive for certain guitar passages.
A modified Foxx phaser pedal was added with foot operated speed controller. The modifications were as follows:
The potentiometer was fitted into a CryBaby chassis, as the original speed control pedal was badly worn, along with a replacement heavy-duty bypass switch. The CryBaby chassis was fitted on top of the pedal board. The original Foxx circuit board was too large to fit in the CryBaby chassis so Pete incorporated it into the pedal board with a built in 9v DC power supply to power it. He did not do any audio modifications to it.
The Roland/Boss CE-1 Chorus Ensemble was stripped down and the circuit board, with modifications, was fitted into the pedal board. Petes modifications involved level matching so as to allow the Treble Boost signal to pass through it un-attenuated.
The Eventide Harmoniser foot controller was also added.
The pedalboard had built in footswitches and outputs to a remote rack unit.
The pedal board can be seen below: 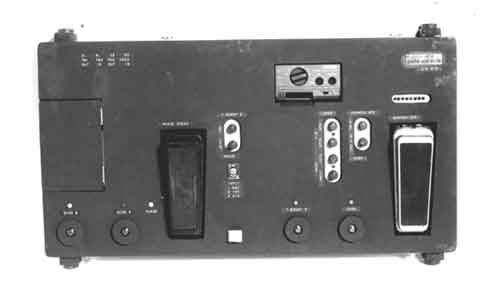 The Rack Routing Unit fed fourteen Vox AC30s. The AC30s were modified by upgrading the power supply to reduce the hum. All the tubes were removed from the Vibrato and Bright channel as Brian only used the Normal channel. There were some cabinet modifications to improve airflow for cooling purposes.
Pete instigated all the modifications, component replacement and the improvements in reliability.


The Rack Routing unit can be seen below: 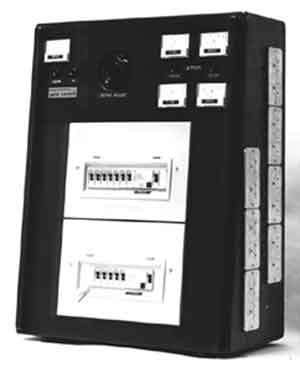 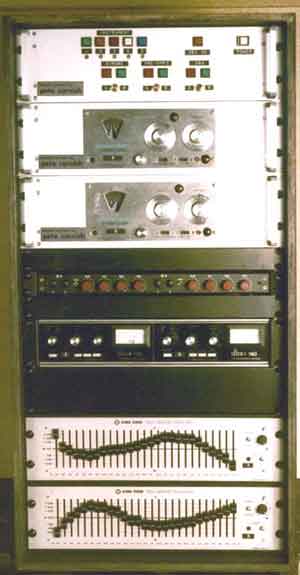 Pete continued to maintain and develop Brian Mays equipment up to 1987. 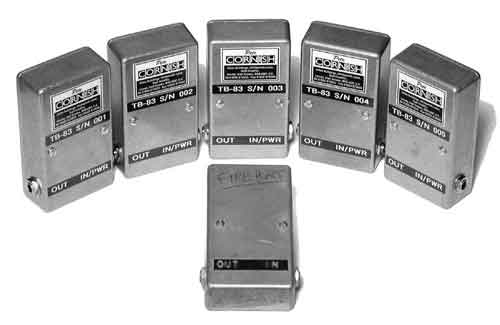 The "FIRST QUEEN" of Treble Boosts; this unit is the long awaited reissue of the original early 1970s design by Pete Cornish
which was produced by us in exactly the same form until 1983.
The TB-83 is an exact replica of the early unit and uses the original PCB layout and identical components sourced from the same suppliers.
The TB-83 is designed to improve the tone and overdrive characteristics of the "Normal Channel" in early Vox AC30s adding "Bite" and
some "Dirt" to these low gain type of amps.

Each unit is independently hand built, wired and tested by Pete and Lynda Cornish.
The battery is replaceable by removing the 4 screws (M3.5X10 PoziDrive #2)
on the base of the unit and we recommend Duracell MN1604 batteries. Ensure the new battery is inserted with the correct polarity.
The battery is switched on when you insert the "IN/PWR ON" jack and to ensure long battery life unplug this lead when the unit is not in use.
If the unit is not to be used for a prolonged length of time we also recommend that you remove the battery.
In 1984 we designed an upgraded version of the Treble Boost (TB-PLUS) which incorporates Line Drivers and a Level Control. Both versions are in current production and details of the TB-PLUS can be had on request. 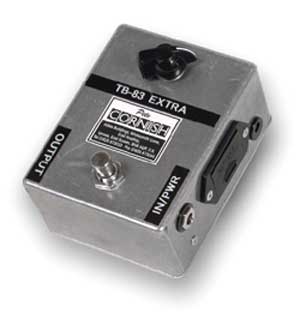 This is the second Pete Cornish Treble Boost designed and built by him from the early 1970s and still in production. It is one of the original versions supplied to Brian May and can be heard on Queen recordings. Pete is still using the same artwork for the circuit board and identical components are sourced from the original suppliers. Each pedal is individually hand made by Pete and Lynda Cornish from the etching of the circuit board through to the testing of the finished unit. No other person is involved in the production. When used on it's own, the main use of this unit is between the Guitar and "Normal" input of early Vox AC30s to improve the Tone and Overdrive characteristics by adding some "Dirt" and "Bite" to this low gain type of amp. The bypass footswitch may be used to completely disconnect the TB-83 EXTRA from the guitar/amp circuit and the volume control may be used to reduce the amount of boost, when switched on, presented to the amp input.
The TB-83 EXTRA was designed to compliment the already in-line TB-83; for solos and other artistic reasons the TB-83 boost was required to be louder and with more "bite" to bring it above other instruments in the live or recorded mix. There are two ways in which the TB-83 and the TB-83 EXTRA may be connected to bring out this extra benefit:

1) Guitar into TB-83 in; TB-83 out to TB-83 EXTRA in; TB-83 EXTRA out to amp in. TB-83 EXTRA volume control may be used to match the level when the TB-83 EXTRA is engaged and the additional treble boost will allow you to "cut through" the mix.

2) Guitar into TB-83 EXTRA in; TB-83 EXTRA out to TB-83 in; TB-83 out to amp in. The TB-83 EXTRA volume control now has a completely different function: it allows complete control over the "drive" into the TB-83 input with a huge range of different sustain and harmonically rich distortion products. The overall volume, however, will remain virtually constant but the new singing tone will delight and excite you.


For information only, you can see other products made by Pete Cornish on the following websites:

Please use the E-Mail address below to contact Pete Cornish for any of his products.


For serious sales enquiries only,
Pete Cornish can be contacted on the E-Mail:
info@petecornish.co.uk

Pete Cornish is a very busy man and his time is precious. Please respect this.

We would like to hear from anyone who has purchased one of the Pete Cornish TB-83 Treble Boosters. If you could offer us a review, or your thoughts, we would be very grateful.

If you have anything to offer, please E-mail it to:
webmaster@brianmayworld.com


Please note that all pictures included in this article are Copyright of Mr. Pete Cornish, except where indicated,  and have been used with permission.
They are presented on the web exclusively by www.brianmayworld.com