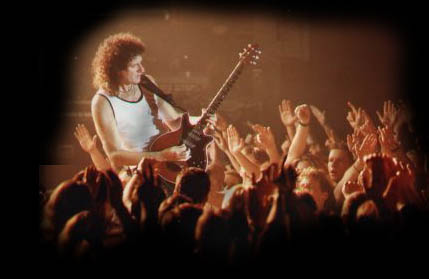 and the magazine of

"Brian May World.com is absolutely jam-packed with info, both deep and trivial"
Intermusic.com, March 2001
more comments about www.brianmayworld.com

All photos and sounds are © by Duck Productions or Queen Productions, unless stated elsewhere
No reprint of the photos or the contents of this web-page are allowed to use anywhere else without written confirmation
The title-photo of the main page and the title-photos of the individual sections are © by Emilio Scandroglio
and are exclusive to Brian May World on the web
Photos of this website do appear in the booklet of  the Queen + CD  "Greatest Hits III" (limited edition)
The effects of the title-photo of the main page were made by Andreas Lundvall
Cozy Powell´s photo is © by the copyright-holder
The Simpsons animation is © by FOX